In loving memory of Stefanie Hunt, who passed away on June 12, 2014. She's soaring with the stars now. 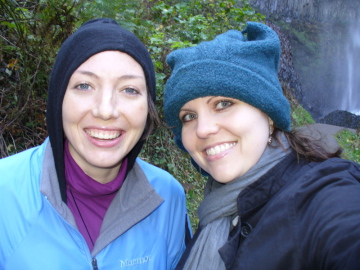 Stefanie Hunt was a truly amazing person. She lived her life for others, and she loved animals, especially her cat Teddy. On June 12, 2014, Stefanie lost her battle with cancer. She asked that in lieu of flowers, her friends and family donate to Wayward Whiskers. She left a legacy of love and hope, and this page is dedicated to the cats that carry on her spirit, because they were saved by her generosity and the donations of all who loved her. 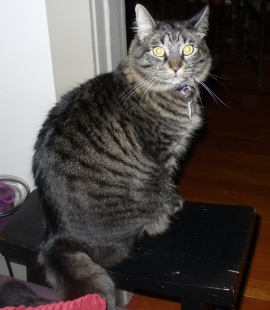 Top two photos: Hennessy came in with severe mange and an ear infection. He also tested positive for FIV. He made a full recovery but sadly passed away due to FIP in 2015. He is now cuddling with Stef.

Miles came in with Hennessy and also had severe mange. He also tested positive for FIV. We had a HUGE surprise with him, when it turned out that "he" was actually a "she"! We discovered that when she gave birth to three kittens! We're pretty sure Hennessy was the dad, since the two were pals at the apartment complex they were rescued from. One of the kittens was stillborn, but the other two have been adopted into loving homes, and Miles, now Mila, even took in a surrogate kitten as her own.

2nd row, photo on the right and 3rd row, photo on the left: Bergdorf came from ACS with a lot of open lesions on the underside of his body. He was in a lot of pain, and it took extensive testing and blood work to determine that he had bone cancer. Bergdorf crossed the Rainbow Bridge and I'm sure he's now hanging out in Stefanie's lap!

The mop in the photo on the 3rd row next to Bergdorf is Puddles. He is a 14 year old poodle mix who was severely matted and not doing well at ACS. He went straight to the groomer who cut off his dredlocks and he was a whole new dog! He is now a permanent resident of Wayward Whiskers. He is losing his sight and hearing but he is a sweet little old man.

The bottom two photos are of Sharkey, a cat we pulled from ACS. He had an upper respiratory infection and had bitten off the tip of his tongue. After some medication, good food and a warm bed, he blossomed into a beautiful long-haired tuxedo with an affinity for kittens. He was adopted into a wonderful home in early 2015 and is thriving with his new family. 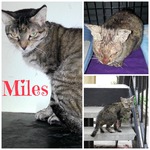 Wayward Whiskers Foundation is a 501(c)(3) non-profit organization in San Antonio, TX founded in January 2013. Until April 2022 we operated as a cat rescue but we no longer take in cats. We established the foundation to support feral cat colonies by providing food to their caretakers.

Wayward Whiskers operates solely on support from individual and corporate donors. We do not receive any city or government funding.